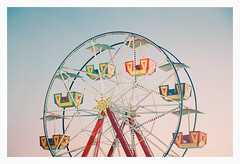 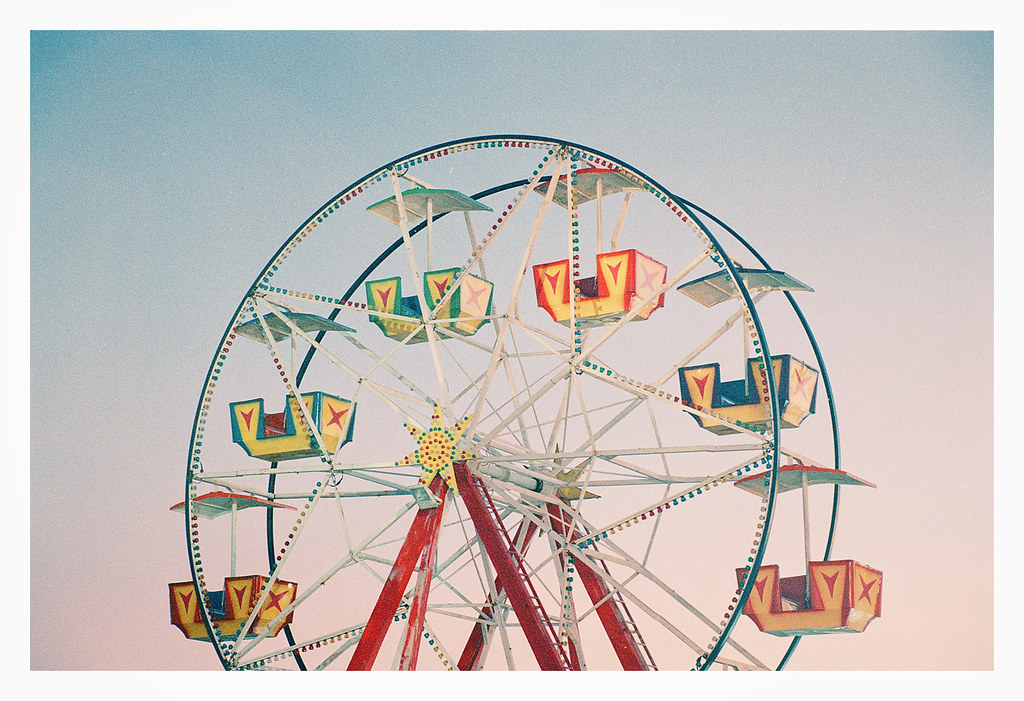 Super Cub by thelegocarblogger
Wednesday April 1st, 2020 at 4:40 AM

The most important vehicle ever produced is not a Bugatti Veyron. Nor a Volkswagen Beetle, nor a Ford Model T, nor even the Benz Patent Motor Car. It’s this, the humble Honda Super Cub 50. Because well over 100million of them have been made since 1958, making it the greatest mover of the people in history.

This beautiful Technic recreation of Honda’s four-stroke underbone motorcycle comes from Khang Huynh of Flickr and features a working kick-stand, steering, and rear suspension, making it very nearly as well-equipped as the real thing.

Khang’s Super Cub is superbly presented too, and there’s more to see of his wonderful creation at his photostream – join 100million riders via the link above. 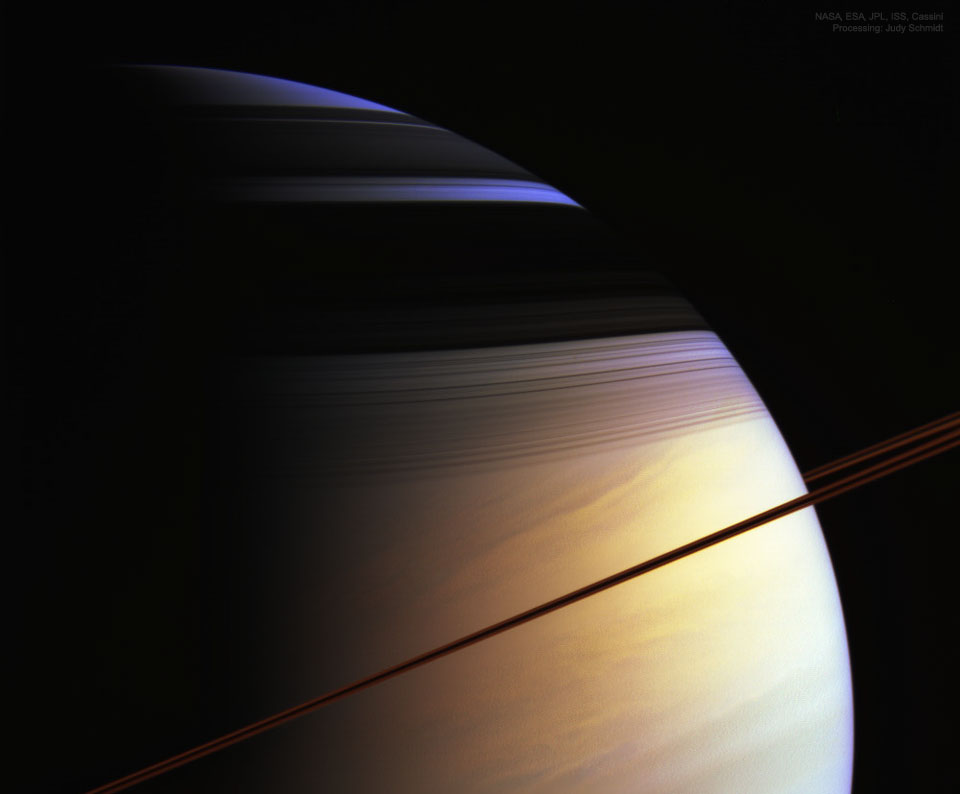 The Colors of Saturn from Cassini What creates Saturn's colors? The featured picture of Saturn only slightly exaggerates what a human would see if hovering close to the giant ringed world. The image was taken in 2005 by the robot Cassini spacecraft that orbited Saturn from 2004 to 2017. Here Saturn's majestic rings appear directly only as a curved line, appearing brown, in part, from its infrared glow. The rings best show their complex structure in the dark shadows they create across the upper part of the planet. The northern hemisphere of Saturn can appear partly blue for the same reason that Earth's skies can appear blue -- molecules in the cloudless portions of both planet's atmospheres are better at scattering blue light than red. When looking deep into Saturn's clouds, however, the natural gold hue of Saturn's clouds becomes dominant. It is not known why southern Saturn does not show the same blue hue -- one hypothesis holds that clouds are higher there. It is also not known why some of Saturn's clouds are colored gold.
Read the whole story

HETERODOX DICTIONARY: tweet-sized apothegms that burrow deep and fester until the reader is thoroughly corrupted, wholly immune to all conventional dogma. The average dictionary might be more useful if you want to settle for the standard wisdom of the lexicographer, but certain terms are slippery, and require the touch of an aphorist. Especially a soi-disant … END_OF_DOCUMENT_TOKEN_TO_BE_REPLACED
Read the whole story

Talk to anyone in sff publishing and they’ll tell you dystopias, stories of government control, the

whole dark panoply of social sf, continue to be hard sells: that there isn’t a market for them, or that the market is only inching toward interest in them, or, or, or.

Talk to any student in my speculative fiction studies class, especially in the weeks surrounding their world-building themed creative project, and you’ll get a very different impression.

The idea behind the project is simple. Working with partners, my students investigate some concept in science, technology, philosophy, or another field and explode it outward, looking at how the world could be transformed by radical changes in how this body of knowledge is used or developed. It’s the ultimate “if this goes on” extrapolation, ending with a presentation about the world they created and some fiction dramatizing what a story set in that world might yield. And, in a world of nearly infinite possibilities, students keep returning to the same core ideas.

Over the years, this assignment has told me less about students’ ability to extrapolate an idea than about the anxieties that preoccupy their imaginations. Given the chance to imagine literally anything with the given world as only a loose basis, they imagine stories that confront the very things that trouble them most deeply. Understanding what those things are makes the assignment worth the time it takes.

It’s worth noting my students range between sixteen and eighteen, and probably also important that the glut of dystopian fiction sf publishing has turned its back on comprises a large chunk of their formative reading. While that must exercise some influence on them, I’ve done variations on this assignment for better than ten years, and the sample size—and steady generational shift—that naturally occurs as a result bears out a certain theory.

There’s still authentic interest in dystopia because the fear of selfish, grasping, powerful leaders who seek to control based on self-interest and bad faith isn’t science fiction for today’s teenagers. It’s the given world. It’s their reality.

Take a moment to consider the facts:

1.) Teenagers live in a liminal space between adulthood and childhood.

We expect teens to become adults (often, much sooner than they should have to) and to make that happen, we heap adult expectations on them. But teenagers rarely benefit from adult privileges commensurate with those responsibilities. The focus on them being “responsible” is rarely driven by how it benefits or empowers them. Instead, it’s about serving the needs of adults, maintaining order, and (at times) relegating them to a kind of monitoring-for-monitoring’s sake. Dystopian narratives, which so often feature people whose responsibilities to a community are valued above their personal liberty, and leadership structures who trust only themselves, rather than the judgments of their citizenry, resonate with my students because they are only an extrapolation of a reality they are forced to live.

2.) Teenagers are aware of their potential for power. And they know the powerful fear it.

The Parkland shootings. The #MeToo movement. The unionization of student workers on college campuses. You don’t have to dig too deeply into recent history to find ways young people respond to the power structures around them, and to these structures’ failures. Teenagers are all too aware of the imperfect world in which they live. They’re also—in part, because of their frustrating liminality—driven to make others aware of it, too: to organize change by organizing the people around them. Narratives of revolution spearheaded by outsiders, lone wolves, and cells of dissidents don’t register as cliches to this generation because they’ve provided a model for how to survive in a world run by people who either won’t take them seriously, or who see them as a danger or nuisance.

Most of the dystopian worlds my students construct follow the familiar pattern of good intentions gone terribly wrong. Perhaps a technology is invented that promises to preserve the environment, or cure an illness, or curb crime. Perhaps some new political or economic policy takes hold, seeking to end some injustice. Inevitably, these well-intended ventures fail, creating new inequalities and destruction. The trade-offs are never really “worth it.”

Teenagers don’t just fear that our leaders will rule unfairly or selfishly. They worry they will lead stupidly. And teens’ knowledge that they are expected to participate in their world like adults, but not given the authority or influence of adults unless they seize it for themselves, leaves them rightfully afraid of how others’ stupidity will leave them reaping the whirlwind.

These facts of life for teenagers leave us, as storytellers, with a responsibility we should not shirk—and especially not with “the market” as an excuse. We have a responsibility to tell stories of how people can improve their imperfect worlds. We especially owe the world stories of how young people can do this. But the variation on the dystopian theme that we’ve largely been missing is that these young characters shouldn’t have to do it alone.

We need dystopias that are intergenerational. We need stories that show leadership and action, productive commitment to a real and well-considered common good, where the tough choices don’t just fall on young people. Stories of hope for change and change-making don’t belong only to YA, with adult figures acting as disposable secondaries or, just as often, impediments. These stories and the responsibilities they bring should belong to all of us. They should model the way forward.

After all, my students are inheriting a world we made for them. Isn’t it past time we told them the story of how we, too, are committed to making it better?

> Teenagers don’t just fear that our leaders will rule unfairly or selfishly. They worry they will lead stupidly. And teens’ knowledge that they are expected to participate in their world like adults, but not given the authority or influence of adults unless they seize it for themselves, leaves them rightfully afraid of how others’ stupidity will leave them reaping the whirlwind.
Athens, Greece